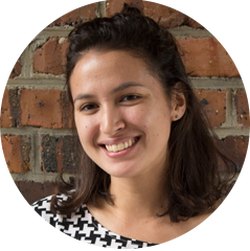 Yasmin Lane, #BetterCities Researcher
Yasmin Lane is the research lead at BetterCities. She graduated with a degree in International Relations and has since shifted her interest from the people and institutions that make up the city to learning new ways of shaping and improving the structures of the city itself.
Twitter: @yasminimin 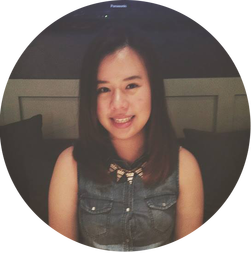 Michelle Lee, Organizing Committee President
﻿Michelle is a proud INTJ who likes reading a little too much and takes the world a tad too seriously. She is currently a full time AIESECer and part time Psychology student. Feeling slightly detached with her home country, Michelle hopes to see Malaysia in a different perspective and at the same time give something back to the society. Her ultimate goal in life is to be a jack of most trades, master of all and also own a pug.
Twitter: @rawrschelle | Instagram: rawrschelle | Blog: rawrschelle.blogspot.com 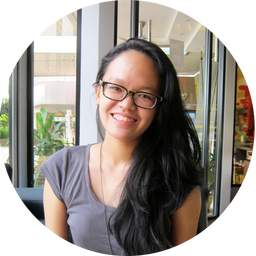 Charmaine Wong, Marketing Lead
Charmaine is a lover of conversations over coffee and all things creative. Born and bred in the southern coastal city of Johor Bahru, she is currently an ardent media student in the bustling city of Subang Jaya who is a self-proclaimed art enthusiast and media dabbler. When she's not studying or busy being a proud AIESECer, she enjoys festivals, taking photographs, and going on spontaneous adventures around the city.
Twitter: @charthewhale | Instagram: charthewhale | Blog: jaggedlittlepriss.blogspot.com﻿ 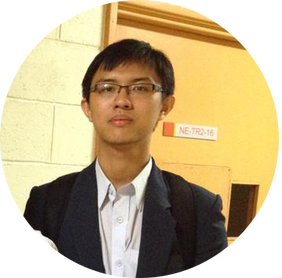 Looi Yih Foo, Logistics and EP Servicing Lead
Yih Foo lived in Subang Jaya for the majority of his life but he is strangely unfamiliar with the layout of its neighbourhoods save for his own. All that changed upon entering university. Armed with a newfound sense of freedom and a burning curiosity of the world around him, he has been learning and exploring as much as time would allow him. When not busy with the sciences, he would usually be found devouring a book, scrolling along a certain online encyclopaedia (which he someday hopes to edit), or stringing a random tune.
Twitter: @LooiYF 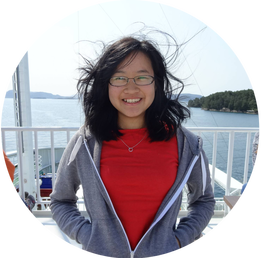 Esther Yong, External Relations Lead
Esther hails from Sarawak, the East Peninsular of Malaysia. She has stayed in Kuala Lumpur, for more than 10 years and counting but still loves the serenity of her hometown, where one can relax and listen to nature. She's somewhat sentimental, likes writing to her pen pal, collecting postcards and sometimes listening to oldies. Being a Newbie AIESECer, finding her way around, she has much much more to learn and hopefully in the near future go for an exchange program.
Instagram: estha_c 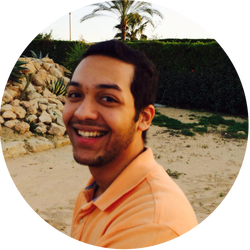 Ahmed El Shimy, Egypt
Shimy who is studying Electro-Mechanical Engineering at Alexandria Unviversity was born in Alexandria, Egypt and has always wanted to develop his skills and his way of thinking. He loves watching movies, playing tennis although he is not a very good player,  and cycling.
Instagram: ahmadelshimy 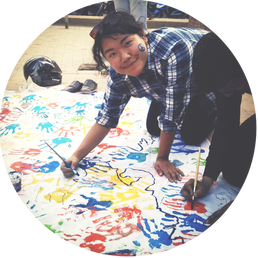 Samanata Thapa, Nepal
Born and brought up in Nepal, Samanata is a proud AIESECer, absolutely excited to learn and explore what the world has to offer. Currently studying Business Administration, she aspires to be a social entrepreneur in the future. She loves to ride in her blue bicycle and take pictures of random things that amuse her and make her happy. She's a street art enthusiast, loves music and looooves collecting old school- rare collectible items! Pumped up for her first Exchange Experience, she is eager to learn and take home some awesome stories to share!
Twitter: @saamaanaataa | Blog: lilobserversam.blogspot.com 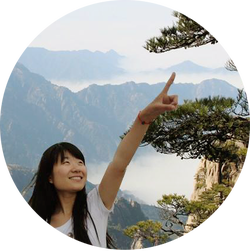 Amy Wang, China
Born and brought up in a small and beautiful county on the eastern coast of China. Now studying communication and cultures in Beijing. Travelling the world is her dream and “Seize the day, make your life extraordinary” is her favorite movie line. (Guess which movie is it from!) This summer, she wants to know more about what is happening in the world, to do something beneficial to the society, to make new good friends, to find and fulfill her potentials, and to gain a positive control of her life. 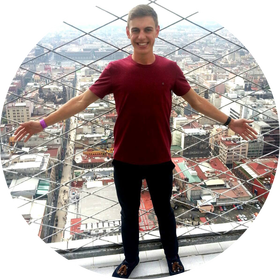 Will Miller, United Kingdom
Born and raised in Great Britain, Will is currently a student of Politics and International Relations in Southampton and also a keen AIESECer. He loves to travel and experience new cultures by engaging with local people in political and religious discussions in order to learn more about their way of thinking. When he's not studying he enjoys playing basketball, reading or just having a good chat with a friend over a cup of coffee. 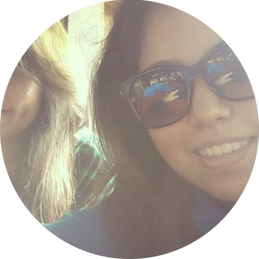 Kharisma Khiani, Indonesia
Kharisma is from is a mixed family background of half Indian and Indonesian. Although she is half Indian, she can't actually speak Indian language. She is currently studying in President University, majoring in Management and International Business. She loves to watch a lot of movies and listen to music.
Twitter: kharisma14_ | Instagram: kharismakhiani